Resistance to the BLM and BIA’s decisions to promote fracking has been strong and widespread. Tribal groups, businesses, farms, citizens, and other groups have already filed 120 appeals that strongly condemn the decision to lease these parcels. The All Pueblo Council of Governors released a protest, and the Pueblo of Acoma have also filed an independent appeal.

“This is the most appeals ever received around an oil and gas lease sale in New Mexico and this unprecedented show of opposition is a clear sign that the Bureau of Land Management has no regard for public concerns,” said Rebecca Sobel, WildEarth Guardians’ Senior Climate and Energy Campaign.

For the latest on oil and gas activity in the Greater Chaco region, see visit Frack Off Chaco and the Coalition to Protect Greater Chaco. See also the attached map showing sites currently up for BLM leasing.

Thank you for taking action for Chaco!

Donate and support our efforts to preserve Chaco Canyon. 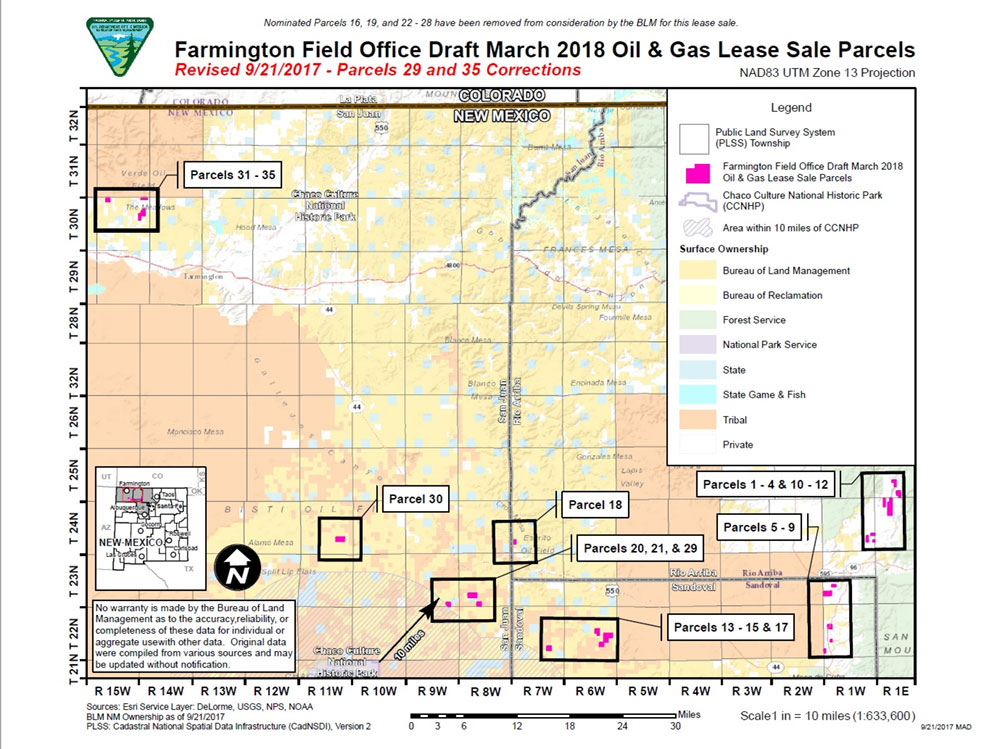