Archive of Past Field Trips & Talks

Here are some examples of the Past work of the Solstice Project.

BLM at it Again! Act Fast to Save Chaco Region!

Despite the cancellation of a 4,434-acre lease of oil and gas parcels north of Chaco Canyon, Secretary Zinke and the BLM continue an assault on the cultural resources of ancient America throughout the Four Corners states. Tomorrow, on March 20, the BLM will proceed with a lease of 41,000 acres in southeastern Utah in an area rich with archaeological sites.
At least 10 Chaco Great Houses are within 2 miles of these parcels, including at least two Great House sites within the new lease boundaries. In addition, at least 4 prehistoric road segments are adjacent to or within the parcels.

There are also countless archaeological sites and rock art panels spanning thousands of years in and near the leases. In the words of Jim Allison, a professor at Brigham Young University, “There are so many sites [in the area], it would take an army of archaeologists decades to map them… they shouldn’t do oil and gas extraction there.” Make your voice heard and stand up against further attacks on these invaluable traces of America’s indigenous history!

Call or e-mail Secretary Zinke at

Anthropologist Timothy Pauketat of the University of Illinois at Urbana-Champaign publishes appreciation for the Solstice Project’s contributions to archaeoastronomy and Southwestern archaeology. Read an excerpt from his “A Ray of Theoretical Sunshine” here, in press for the Journal of Skyscape Archaeology.

These organizations are valuable resources.

Museum Installation of the Sun Dagger Explorer
The Solstice Project’s interactive computer model of The Sun Dagger of Chaco Canyon opened May 15, 2009, The New Mexico Museum of Natural History and Science Click here for more information

Rob Weiner, Solstice Project Research Associate, presented at the Pecos Conference August 5 – 7, 2016, his Cordell/Powers Prize winning paper:“Gambling at the Center Place: Archeological, Oral Traditional, and Ethnographic Evidence for the Importance of Gambling in the Chaco World”
For a video presentation of the paper, watch here.

Robert Redford speaks out for Chaco

Letter to the U.S. Department of the Interior to deny Saddle Butte Limited’s permit for the Pinion Pipeline

Archaeologist John Roney and Anna Sofaer recently developed an “Urgent Proposal to Record Chaco’s Prehistoric Roads” to submit to BLM in its current “scoping period.” Support this Proposal with your comments!

Sun and Moon in Sacred Geometries, Seminar at Commonweal, April 20, 2013

Take Action to Save Chaco

We commend Senators Udall and Heinrich for their proposed legislation to protect Chaco and we support efforts to expand this protection to the larger Chaco region.

To prevent any further damage to the Chaco culture’s invaluable heritage, the Bureau of Land Management (BLM) must cease permitting new oil and gas wells in the Chaco region. Especially, and at the very least, they must not grant any leases within the Chaco Cultural Heritage Withdrawal Area as defined by Chaco Cultural Heritage Area Protection Act of 2018 proposed by Senator Udall and Senator Heinrich. Further, the withdrawal area boundaries of this proposed bill should be extended to cover a 20 mile buffer zone around Chaco National Historical Park and 10 mile buffer zones around outlying Chaco Great Houses.

Approaching Chaco today you are confronted with an unreal sight of fracking rigs and flares, creating noise, air, and groundwater pollution. The ground fracturing vibrations risk damage to some of the most valuable archaeological sites in North America.

In 2014, the BLM promised a new Resource and Management Plan to govern all future oil and gas leases. They have not yet delivered. Instead, the BLM plans to sell leases this December inside the ten mile ‘buffer zone’ around Chaco Canyon, a protective boundary they previously assented to. This sets a dangerous precedent for advancing energy activity closer to Chaco Canyon.

The BLM has also permitted many roads to cross the ancient Great North Road’s 35 mile course from Chaco Canyon to Kutz Canyon. The Chacoans created this elaborate corridor to connect their ceremonial center to the direction North. For descendant Puebloan peoples it holds profound spiritual significance. However, modern energy roads continue to erase the Great North Road. This erasure risks getting worse: the Chaco people created numerous Great Houses and other ‘roads’ as a web, uniting their sites with special landforms and astronomical directions. This comprehensive web of a sacred landscape must be protected.

Much of the area adjoining Great Houses in the ‘buffer zone’ is only beginning to be analyzed with LiDAR (aerial LASER scanning); this data requires much further evaluation, along with on-the-ground truthing by experienced archaeologists. These efforts should proceed and the findings deter any further leasing.

We also urge mitigating actions by the BLM to prevent public health hazards to surrounding communities already encroached upon by intense energy development. We further support a shift in the region’s economy to job-creating, sustainable energy enterprises.

Follow this link and select “Layers” in the upper left box to view the proposed and existing intense fracking activity in the Chaco region:
climatewest.maps.arcgis.com/apps/View/index.html?appid=8a8355a62c414757abfe5c0dec144907&extent.

And again, you can submit testimony for the record to the Committee at:

Talks at Southwest Seminars on January 3, 2011

A Solstice Project symposium in Farmington, NM on Chaco Roads and our new research in progress

The Mystery of Chaco Canyon

Narrated by Robert Redford. It continues to be broadcast across the country. Franz Joachim, the CEO of PBS of New Mexico: “The average Prime Time rating was 2.8. These are the kinds of numbers we expect with Nova, Nature and Masterpiece Theatre.”

completed poster , the poster abstract, and the conference website: Ancient Timekeepers of Chaco: An Investigation into Possible Lunar Alignments of Prehistoric Shrines by William Stone, Anna Sofaer and Robert Weiner

The Worlds of Cahokia and Chaco: Parallels of Cosmograhic Expanse and Power

Written on the Landscape: Mysteries Beyond Chaco Canyon 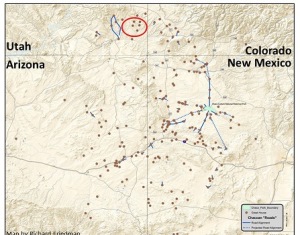 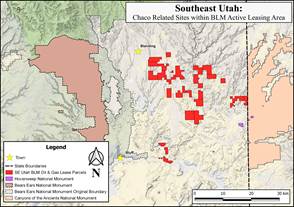 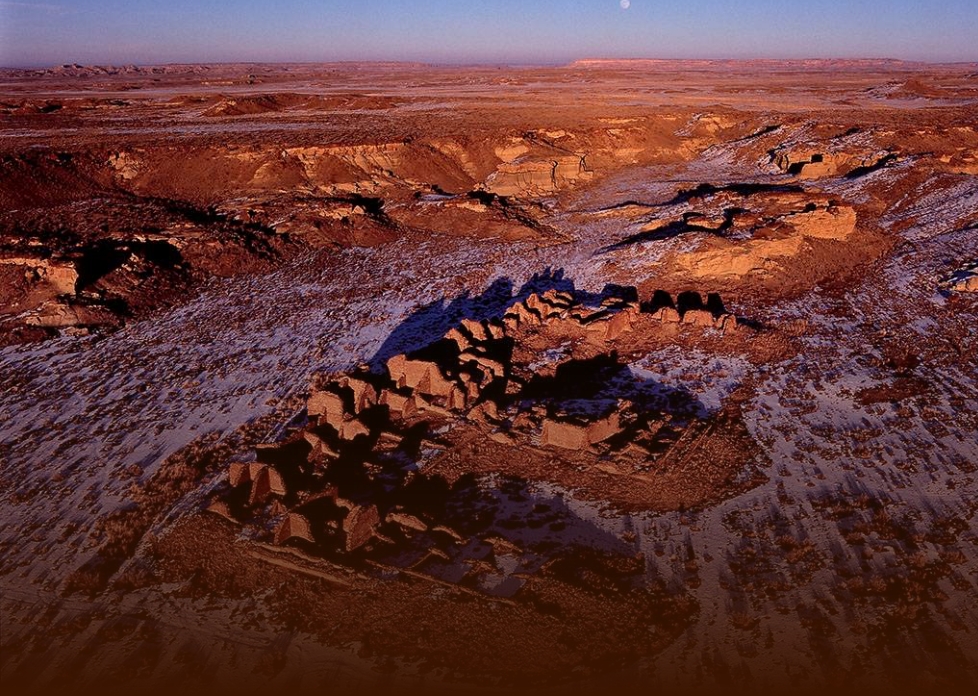