Archaeologists Rich Friedman and Rob Weiner with Anna Sofaer at a Written on the Landscape filming event.
Photo by cinematographer Dyanna Taylor.

Many of you have experienced my Chaco Canyon journey through my two previous films, The Sun Dagger and The Mystery of Chaco Canyon, both narrated by Robert Redford and together viewed by more than half a million people. Audiences continue to access the films on Amazon Prime and as presented every year on PBS in New Mexico.

I’m writing you on the winter solstice, December 21, the shortest day of the year, and a day marked by the people of Chaco Canyon in works of architecture that spanned some 75,000 square miles of the American Southwest.

With a team of superb, experienced filmmakers, and extensive interviews with researchers and indigenous experts over the past decade, we are close to realizing the completion of my third film, Written on the Landscape. I am pleased to announce that with our existing funding we have completed a first assembly of a rough cut. The film reveals our latest findings about the Chaco culture and the vast expanse of its influence and interchange with peoples of Mesoamerica. 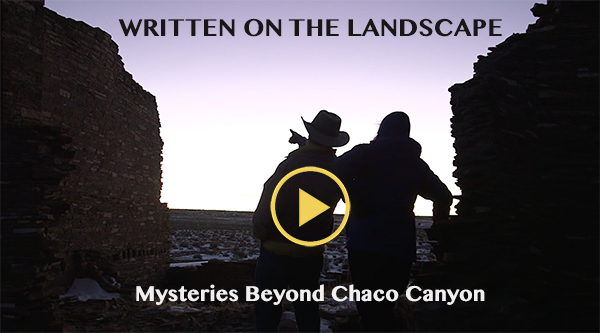 Another $50,000 is needed to add new state of the art animation and complete the editing necessary for a polished rough cut. With the formal rough cut in hand, we can approach additional sources for completion funding, distribution and marketing.

Our film will document Chaco’s fast vanishing cultural landscape and awaken the public to its significance in our world today. The Chaco civilization came to fruition between 800 and 1250 AD with an incredible cultural richness and astronomical knowledge that carries moral lessons for our own era. The story of Chaco suggests that perhaps a civilization can become too powerful and contain within its achievements, the seeds not of destruction but rather a remarkable moral reawakening toward a more sustainable and egalitarian society. 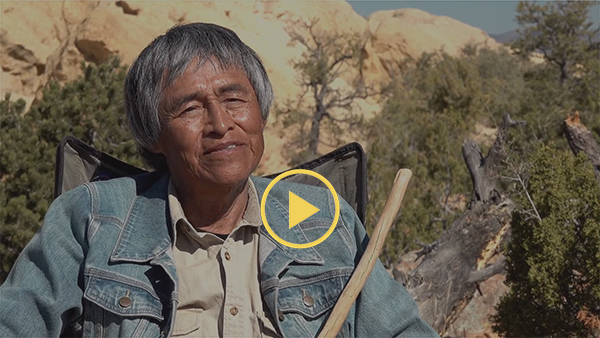 You may have seen Chaco in the news lately, as Secretary Deb Haaland has called for Congressional approval of a 10-mile radius around Chaco Canyon for protection from oil and gas drilling and development. We have uncovered a wealth of new knowledge about the Chacoan people who have been greatly undervalued, in part, because they left us no written record. The record, as we show, is literally “written on the landscape.”

Our film documents archaeological evidence that reveals a far larger Chacoan region that has gone largely unrecognized and requires greater protection than the initial Congressional allocation. We seek to promote protection and acknowledgment of this world treasure in our own “backyard.”

See below our cast and crew in the production of Written on the Landscape.

Please join me by contributing however generously you can in our effort to complete Written on the Landscape and share the wonders and lessons of the ancient Chaco people with a national and international audience.

Forward this Letter to a Friend

Written on the Landscape

With these remarkable participants, Written on the Landscape will transform understanding of the Chaco people; showing that their interests and achievements reached to the stars with a brilliant conceptual map of the cosmos on the vast arid landscape of the Chaco region. In reflections of descendant people, the film also highlights the wisdom of their choice to close Chaco and to no longer live in a hierarchy of powerful people seeking control of nature. A profoundly important message has been shared for us today as we face challenging choices with our human created climate crises.

Petuuche Gilbert, of Acoma Pueblo, educator and activist, describes the moral lessons of Chaco and how people left Chaco to form new, more egalitarian and sustainable societies that exist to this day. 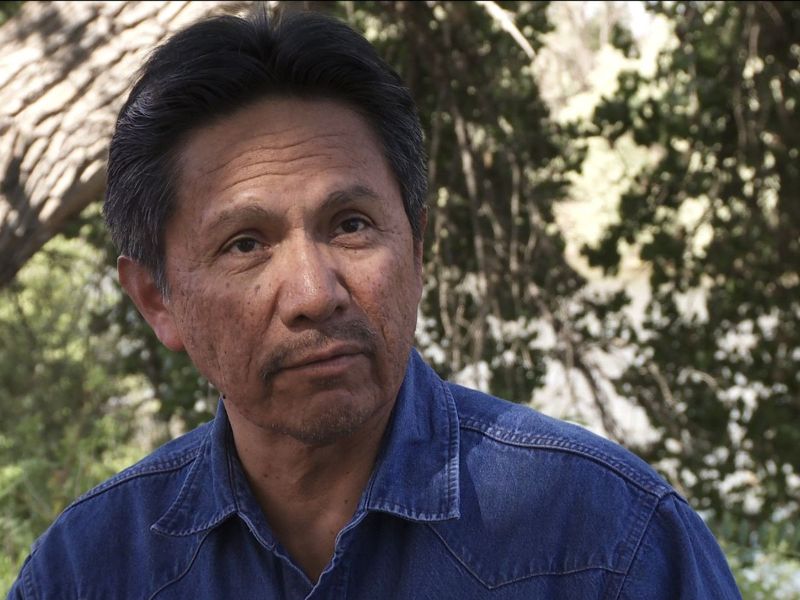 Taft Blackhorse, a member of the Diné, is an archaeologist with extensive knowledge of Chaco. He shares his people’s understanding of Chaco sites, and the power of The Gambler who enslaved people, manipulating them with gambling and Datura, to build the Great Houses of Chaco.

Phillip Tuwaletstiwa, of the Hopi Tribe, former deputy director of the National Geodetic Survey, combines his scientific research into the astronomical alignments of Chaco buildings with insights into the symbolic significance of the sun and moon as instruments for Chaco elites to gain power with their special knowledge. 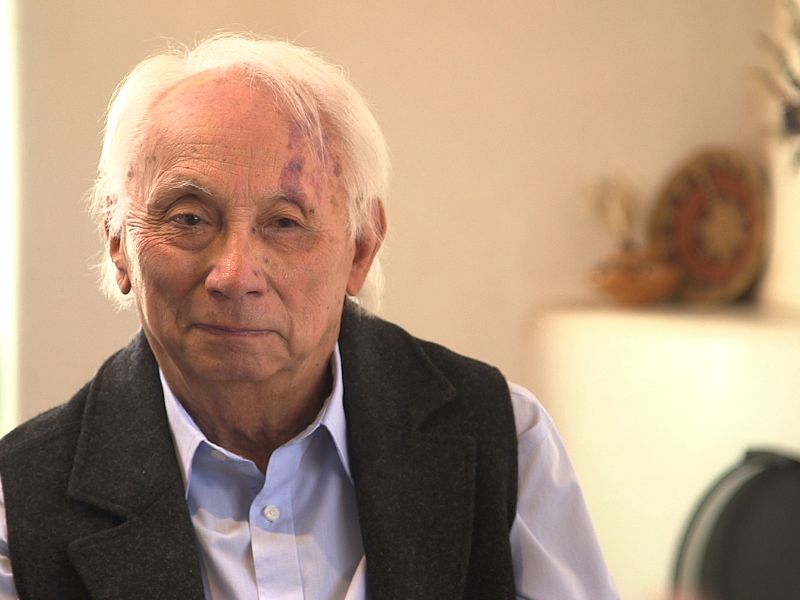 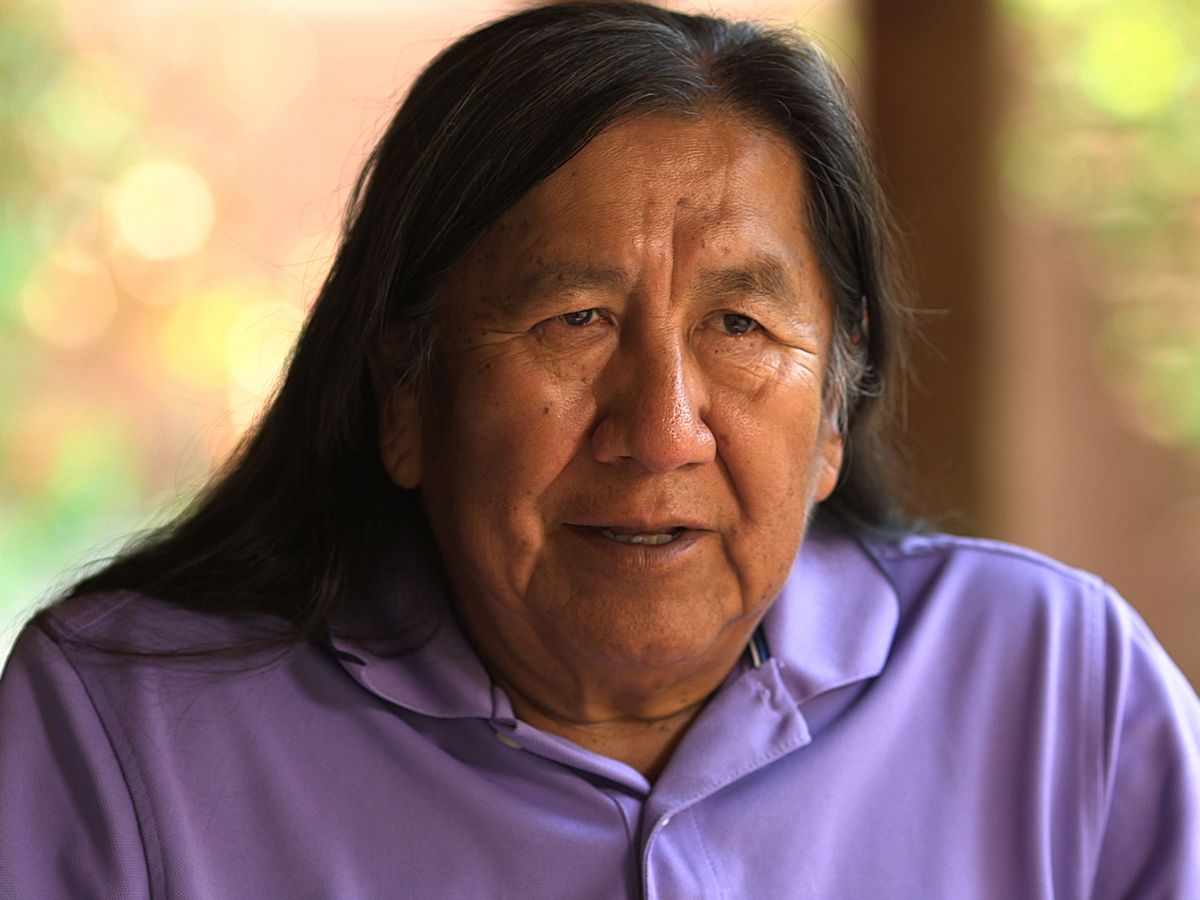 Paul Pino, of the Laguna Pueblo, educator, and former chairman of the Laguna Tribal Historic Preservation Board explores the spiritual dimensions of the Chaco world that continue in traditions of his people today.

Elena Ortiz, of the Ohkay Owingeh Pueblo, an educator and daughter of anthropologist Alfonso Ortiz, speaks from personal experiences beginning in childhood, to convey cautionary lessons learned from the Chaco dominance over nature, and a move by her people to an ethos of equality. 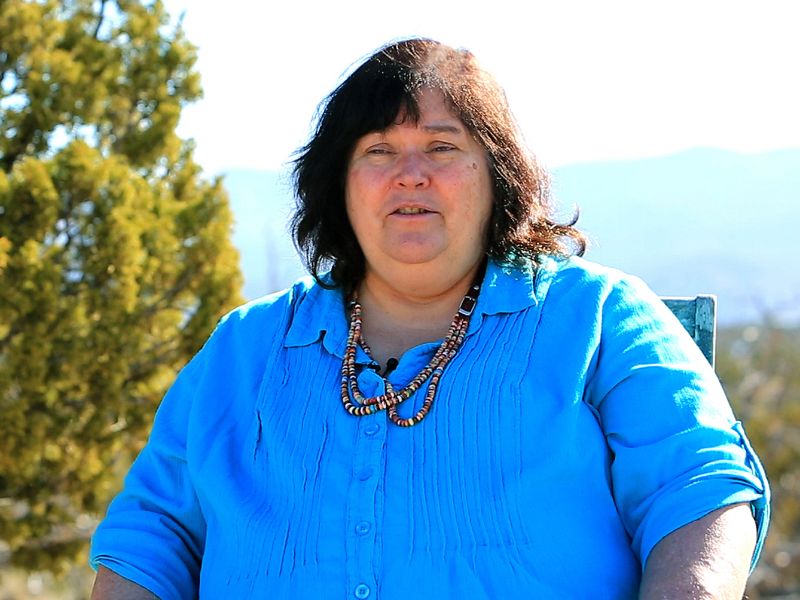 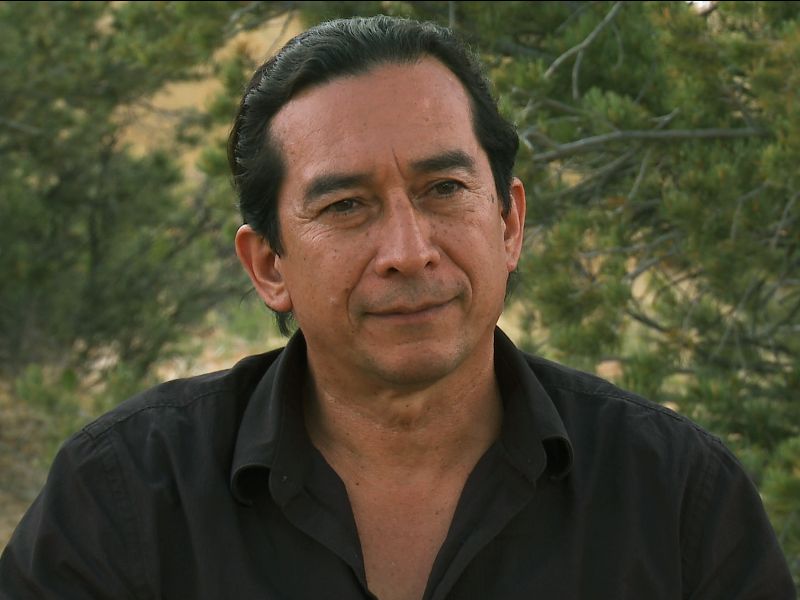 Alonso Mendez, an archaeoastronomer and artist of Maya heritage, who has done extensive work in Palenque, Mexico, shares his deep insights into Mesoamerican cosmology, drawing parallels between these traditions and Chacoan and Puebloan traditions.

Rich Friedman, archaeologist with four decades of Chaco field research, applies new technologies, such as LiDAR, to broaden our understanding of the immense scope of the Chacoans’ architecture and the significance of their system of “roads.” 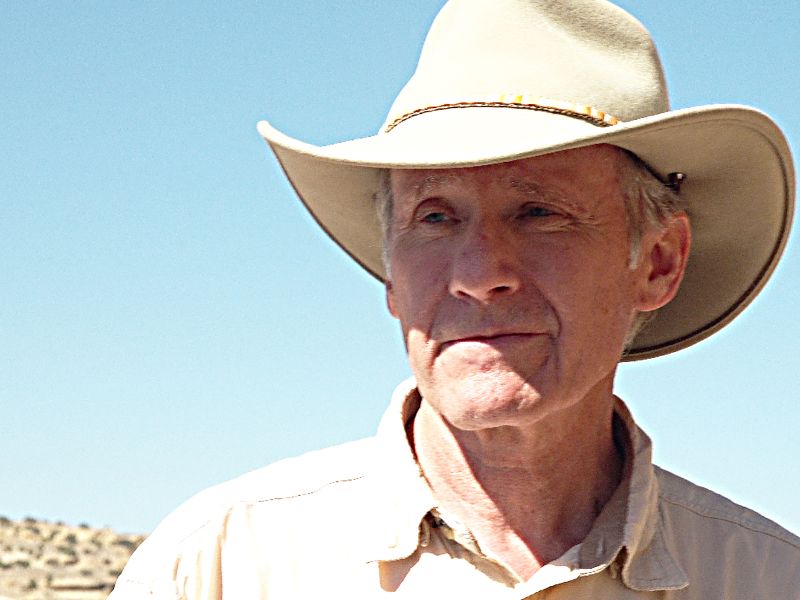 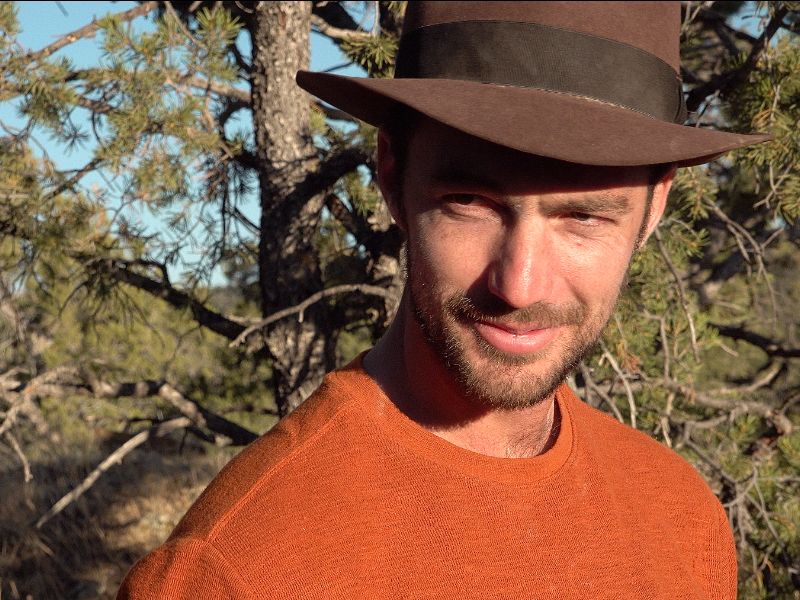 Rob Weiner, archaeologist and doctoral candidate, explores the significance of Chacoan roads and their relationships with distinct topographic features and astronomical events. He shares his findings of Mesoamerican exotic goods and gaming pieces as powerful ritual objects in Chacoan society.

Anna Sofaer, our guide on the Chaco journey, rediscovered long-lost knowledge of the Sun Dagger in 1977. Her writings and two previous films have broadened our knowledge and understanding of this remarkable ancient civilization that left no written record, but “writing on the landscape,” to be uncovered by the Solstice Project team. 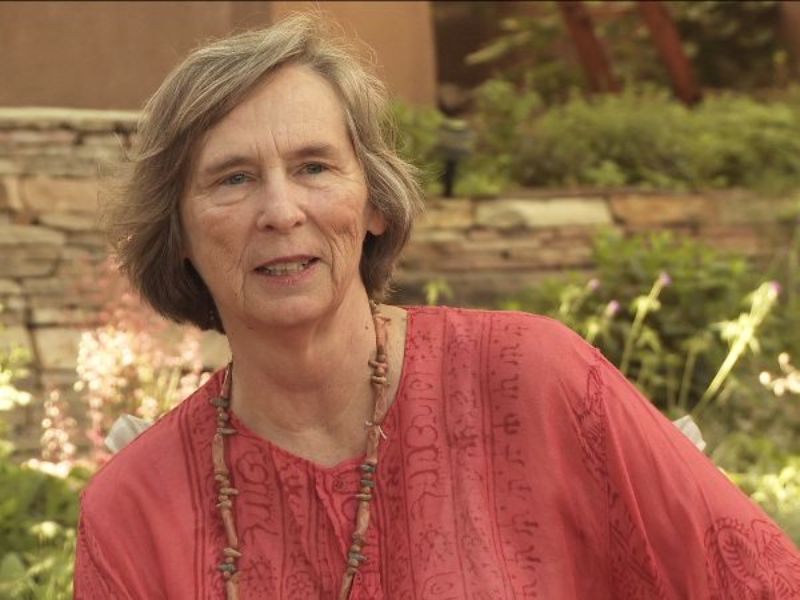 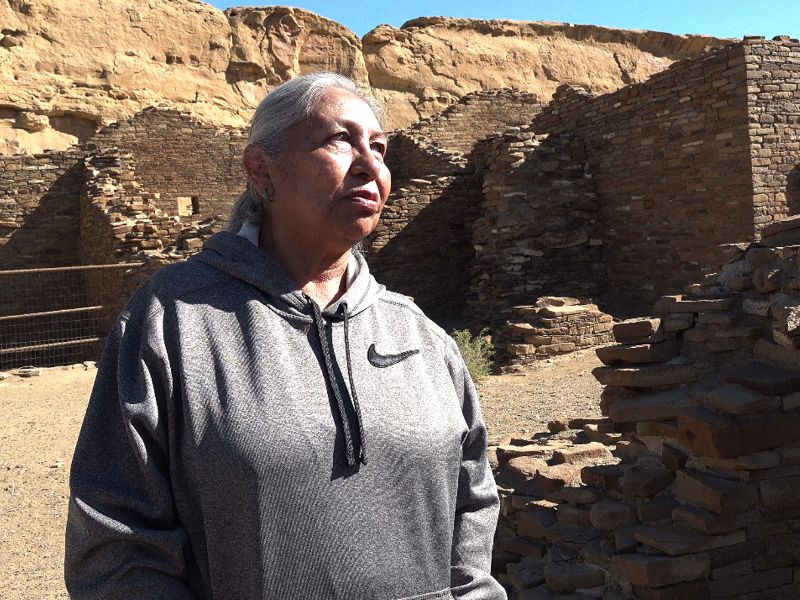 Pat Sandoval, member of Laguna Pueblo, retired Superintendent of Laguna Middle School, former Director of Planning and Evaluation at the SFIS, and a long-time supporter of the Solstice Project’s educational outreach. She underscores the importance of Indian youth learning the scientific achievements of their ancestors.

Adriel Heisey, pilot and aerial cinematographer, is contributing to our film striking images of Chaco Great Houses and “roads” throughout the vast expanse of the Four Corners. He says in the film that he continues to “discover new sites every day,” in some of the most surprisingly remote desert landscapes. 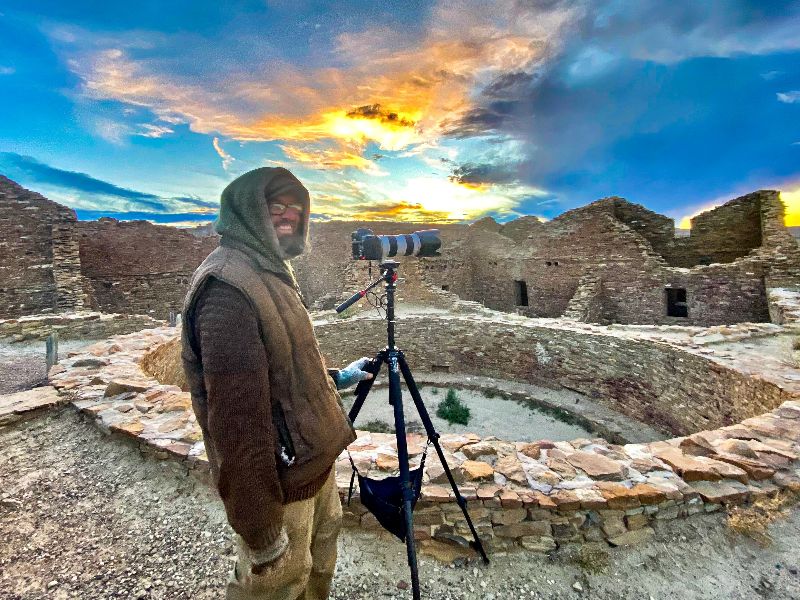 With his expertise in archaeoastronomy and refined skills in night sky cinematography, David Valentine has captured magnificent imagery for Written on the Landscape. In exploring Chaco ruins in the canyon and the far reaches of the Four Corners he has also created beautiful footage of ancient architecture set in rugged desert terrains.

Christopher Beaver has produced, directed, and edited numerous films including Dark Circle that was awarded Grand Prize in Documentary at the US (now Sundance) Film Festival, and  a National Emmy in News and Broadcasting, and was short-listed for Academy Award Feature Documentary. Recently, his film, Groundwater, received Special Recognition, Knight-Risser Prize for Western Environmental Journalism. Chris has contributed film and edited extensively our rough cut of Written on the Landscape. 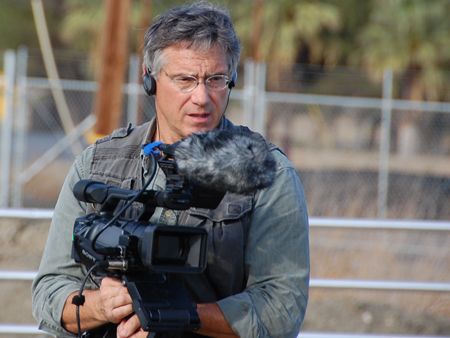 Keep in Touch on Face Book