At this Spring Equinox, as the sun turns toward the north and the light, we want to express again our profound thanks for your continuing support, and to share the exciting progress of our new film Written on the Landscape: Mysteries Beyond Chaco Canyon.

With new computer models of Chaco architecture shown in animation and set in Chaco’s austere desert landscape, our new film brings to life the deeper mysteries of the Chaco culture and its vast expanse. We reveal the power of the Chacoans’ cosmology to inspire monumental constructions for ritual related to the cycles of the sun and moon.

The astounding scale of the central buildings escapes a visitor to Chaco Canyon. But it will be experienced in Written on the Landscape in animations such as this: image to right.

Note that the great number of roads in Chaco Canyon were built on a scale beyond utilitarian purposes. Many of these roads join to become the 35 mile Great North Road, a corridor relating the center to the North and a badlands canyon, perceived in Pueblo thought to be a connector to the place of emergence and to the creator.

The scale of the Chaco culture is also vast in it’s geography. In flights with acclaimed aerial photogapher Adriel Heisey, our film explores the expanse of the Chaco World throughout the Four Corners. Adriel’s infectious excitement in discovering “new sites everyday” will draw the audience into viewing rigorous replications of Chaco’s central architecture on remote rugged landscapes. Chaco’s ideology is expressed in the construction of over 150 Great Houses across a region the size of Ohio. These massed up structures, found up to 200 from Chaco Canyon, are recognizable as Chacoan by their geometric layouts that contain kivas and connect with nearby Great Kivas. The ancient roads associated with these Great Houses are also emblematic of Chacoan style architecture.

Written on the Landscape returns to the central complex with new revelations of Pueblo Bonito’s key role as a powerful center to this the wider Chaco World. It is the largest structure built in ancient North America, one on a par with Mesoamerican temple architecture. Viewers will see Bonito expand in this animated series of 3-D models to four stories, with 800 rooms, and more than 35 kivas — speaking volumes about the Chacaons’ investment in monumental religious architecture. With changes over time the structure increasingly limits entrance and suggests an enclosed sanctuary of esoteric activities. The geometric complexities at the later stages are a stunning puzzle. In each stage earlier kivas are closed, and new ones opened; some repositioned or entirely closed.

Precious objects brought to Bonito from distant regions were placed as offerings to honor the burials of elite figures. More than 50,000 pieces of turquoise and thousands of shells were among these offerings. Paul Pino of Laguna Pueblo said in our recent interview that these objects are valued as permanent substances in prayers. Bonito was a shrine for constant honoring of ancestors.

Cacao and Scarlett Macaws from Mesoamerica brought resonance of tropical life and perhaps — as described in the film by our colleague Rob Weiner — they evoked the Flower World, a paradisiac vision of the afterlife. This concept has been held by some descendant Pueblo people over centuries and by cultures throughout Mesoamerica.

The people of Bonito sensed special powers grounded in cosmology. The architect/astronomers of Bonito took great care to be in perfect alignment with the sun: aligning its primary walls to the sun’s daily solar noon position in its N-S mid- wall and to the equinox in its exterior south wall. As noted by Mayan archaeologist, Alonso Mendez, during our recent visit to Chaco, typically temple architecture was astronomically aligned to endow royal residents with divine association. He speaks in our film about the journey of the Mayan lords through the underworld, and their emergence from death, as supported by alignment with heavenly bodies.From Chaco Canyon, brilliant people with the power of their knowledge of the celestial cycles impacted the larger Chaco World. Written on the Landscape will show cohering bonds of solar and lunar astronomy across the larger Chaco landscape. Up to 92 miles from the center Chaco people shared experiences of celestial events with observers in the canyon. In many cases they used special land forms. For example at Chimney Rock in SW Colorado, scores of people gathered to witness the furthest north rising moon in its 18 to 19 year standstill cycle; and at that moment a few officiants viewed this rising moon’s shadow mark the Sun Dagger spiral on Fajada Butte in Chaco Canyon. This image to the left will lead you to an animation of more such conjunctions across the Chaco World.

In the canyon itself on this day of Equinox the Chacoans coordinated celebrations from high on Fajada to down at Bonito: see the animation.In Written on the Landscape computer technologies will reveal many dimensions of the Chacoans’ thinking and open our minds to their remarkable perceptions. With modern mapping, aerial imagery and surveying, and time lapses, we see the ancients’ finely attuned observations of the sun and moon, and how they embedded this sacred knowledge into a vast landscape. They were expert in connecting distant sites that are out of sight from each other. We can illustrate what was “seen from above” by the Chacoans as they related — in their minds — their iconic ritual structures over the immense Chaco region. At the Sun Dagger site, their keen understanding of seasonal shifts of shadow and light enabled them to use three rock slabs to join the sun and moon — with markings of both solstices and both lunar standstills — on the same large spiral.

Perhaps the Chacoans’ astute processing of space and time was aided by a sense of animation in the entities of sun and moon, and the life within earth forms. As geodesist Phillip Tuwaletstiwa, a member of the Hopi Tribe, said in our recent interview: “We see in our modern society the sun and the moon as inanimate objects. They didn’t. They saw the sun and moon as living beings…. they were deities ….they had a life to them.”

Today Hopi people hold land-based memories across an enormous space. They travel on pilgrimages to distant shrines with specific stories for each site honoring ancestors and spirits. Such profound empathy with the natural world was probably also held by the Chacoans — inspiring them to plan and create an outstanding center of science and spirituality in an austere desert canyon.

Rob Weiner, Solstice Project Research Associate and Ph.D. candidate at University of Colorado Boulder, is developing a pioneering study of ancient roads at distant sites throughout the Chaco World. His particular interest is in evidence of how the Chaco roads were used for offerings, fire rituals, and processions. He has also documented how roads often demarcate alignments to prominent peaks and landforms, building on the Solstice Project’s early recognition of road connections with sacred landscape.

Rob has numerous new publications in press that build on ideas developed in tandem with the Solstice Project. They include a comparison of Chaco Great Houses with worldwide temple architecture and an exploration of “Chaco at night,” with discussions of astronomy, fire-related rituals on roads, and gambling, as powerful experiences at the cosmological center of Chaco Canyon explored in our new film. These papers will be uploaded to solsticeproject.org when published.

Our new film is inspired by Richard Friedman’s profound knowledge of the wider Chaco World and his precise replications of the Chacoans’ massive constructions and roads. You see samples of his brilliant work in this letter, but they are only the tip of the iceberg. For more examples of Rich’s recent use of new technologies see the link to the book The Greater Chaco Landscape, for the paper “LiDAR and 3-D Digital Modeling Reveal the Greater Chaco Landscape” by Richard A. Friedman, Anna Sofaer, and Robert S. Weiner.  Click here

The Solstice Project film The Mystery of Chaco Canyon will be rebroadcast by KNME in June 2021, at the Summer Solstice.

We recently shared our understanding of the Chaco World through the Road Scholar Program. Elena Junes, director for the US Southwest, reports that its “new program focusing on the archaeoastronomy and architecture of Chaco, with Rich Friedman, Rob Weiner and Anna Sofaer, quickly became the highest enrolling Road Scholar Adventures Online offering in North America.”

Our interactive website continues to provide access to our films and study guides, our acclaimed book on Chaco Astronomy and a rich archive of research papers, along with numerous educational videos: solsticeproject.org. You can also find our latest news and updates, and subscribe to our newsletter on our website. On our Facebook page, we regularly share news about our work, Chaco Canyon and relevant current events. Join us there: www.facebook.com/solsticeproject

This past year brought significant developments in the protection of Chaco Canyon, with a temporary moratorium on gas and oil development, which pose a huge threat to the sacred lands of the greater Chaco area. Deb Haaland’s historic confirmation as U.S. Secretary of the Interior gives us all great hope for the future of Chaco Canyon and other significant places. A member of Laguna Pueblo, she is the first Native American Cabinet secretary and, in this position, will be a fierce protector of the environment.

As we seek completion of Written on the Landscape, we look forward to your continued support. Every donation is vital to our work, allowing us to bring out this dynamic engagement with the Chaco World. Your support also helps us to preserve and protect this sacred place. Note that your donations are tax deductible. Please contribute as generously as you can. It’s easy to do on our website: solsticeproject.org/Contact_Donate/Donate_to_The_Solstice_Project/index.html 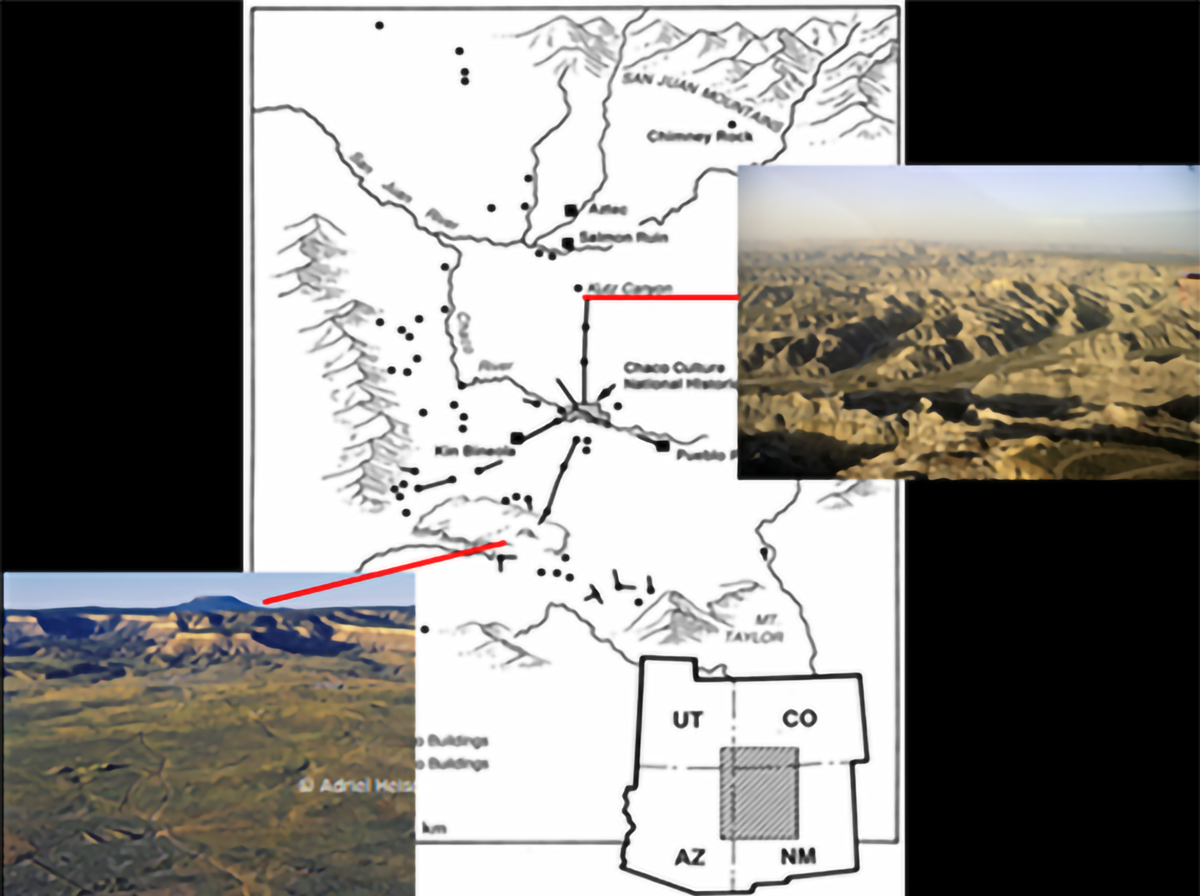 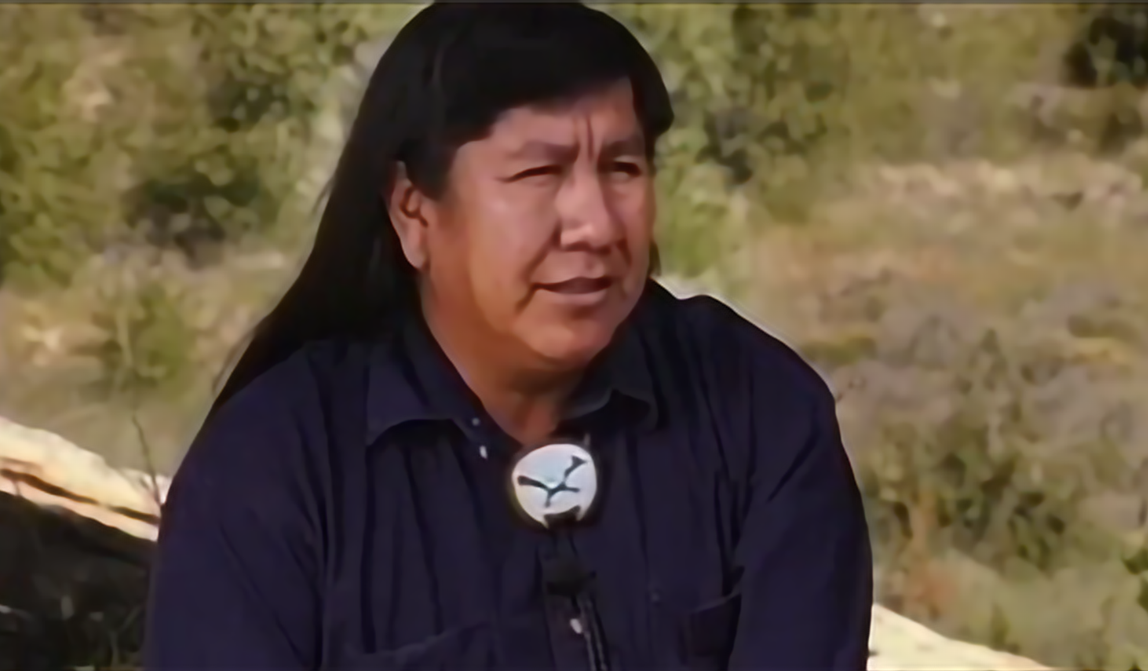 “To the north is where our point of origin begins, the point where we come into this world. In essence, that north line, that north road connect us back to the creator.” -Paul Pino, Pueblo of Laguna 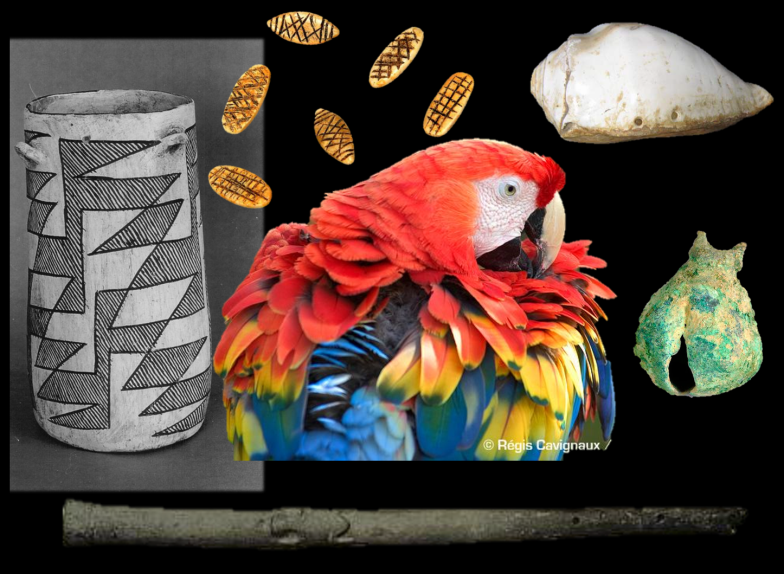 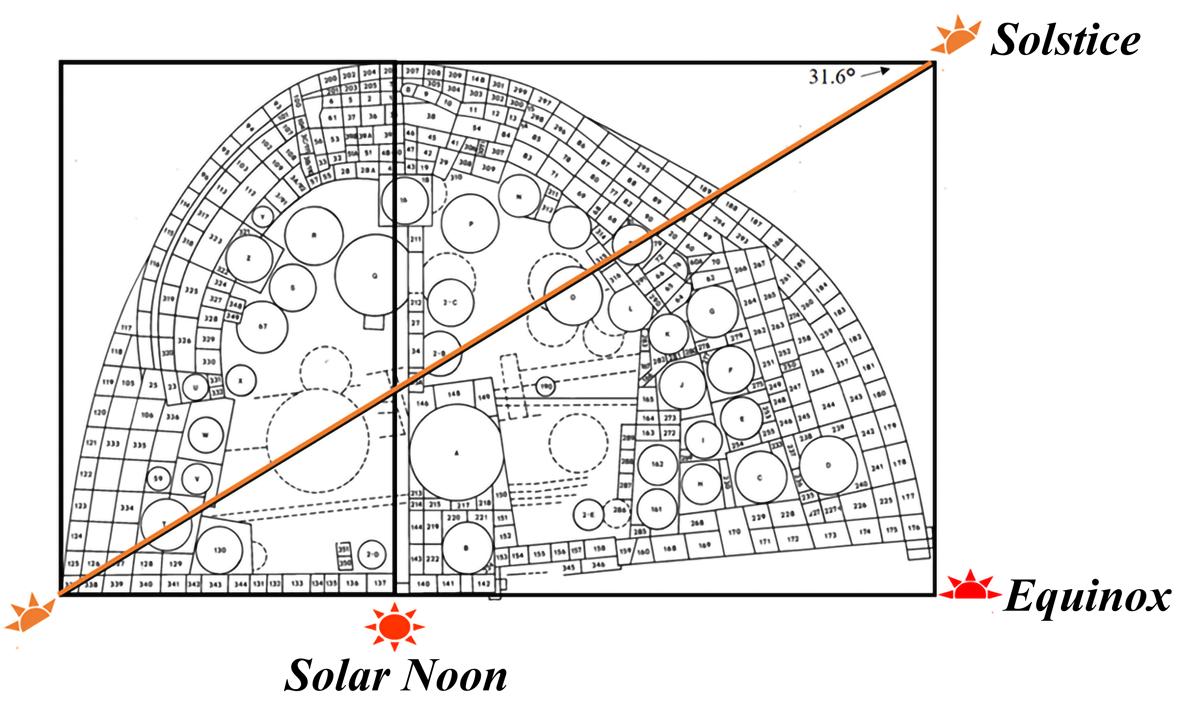 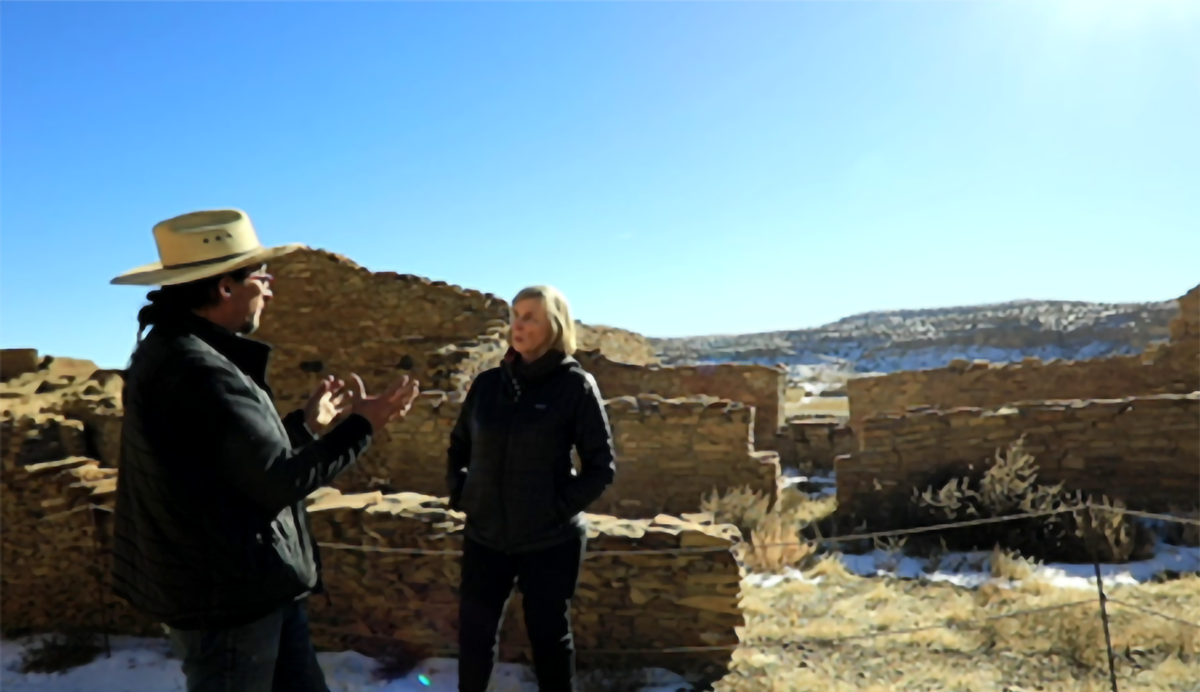 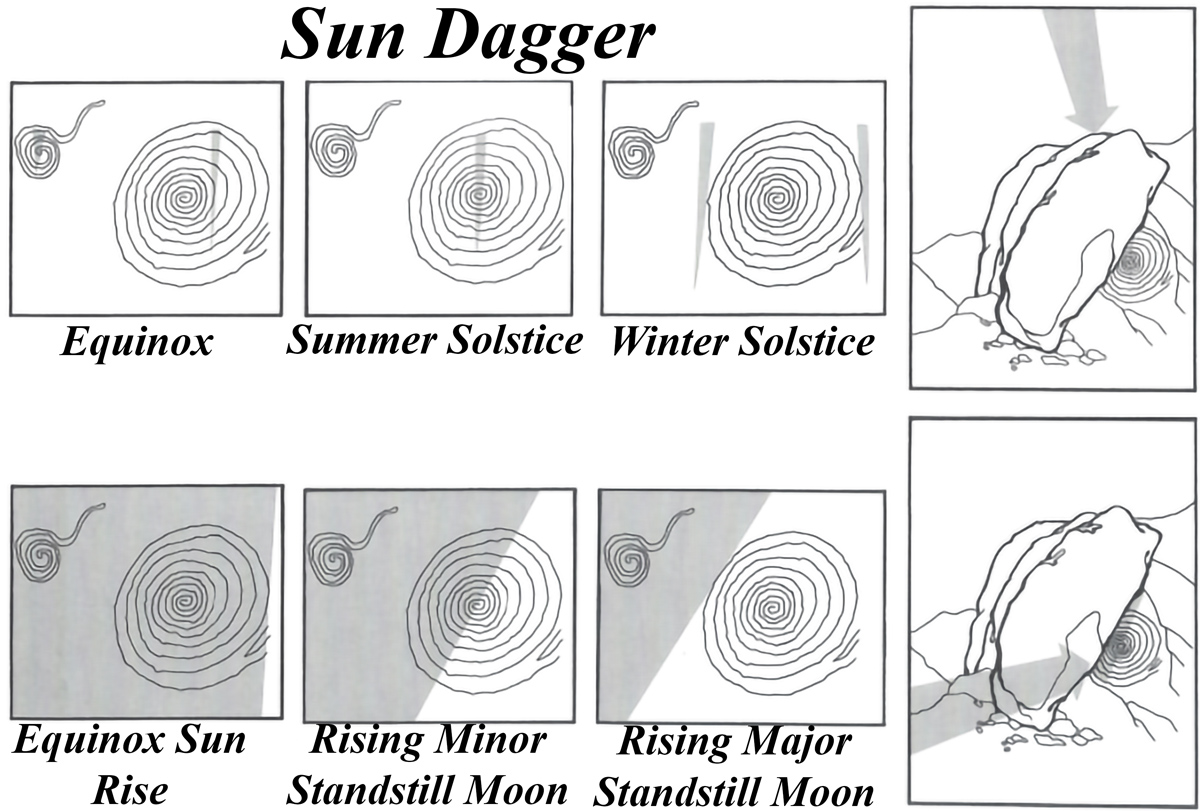 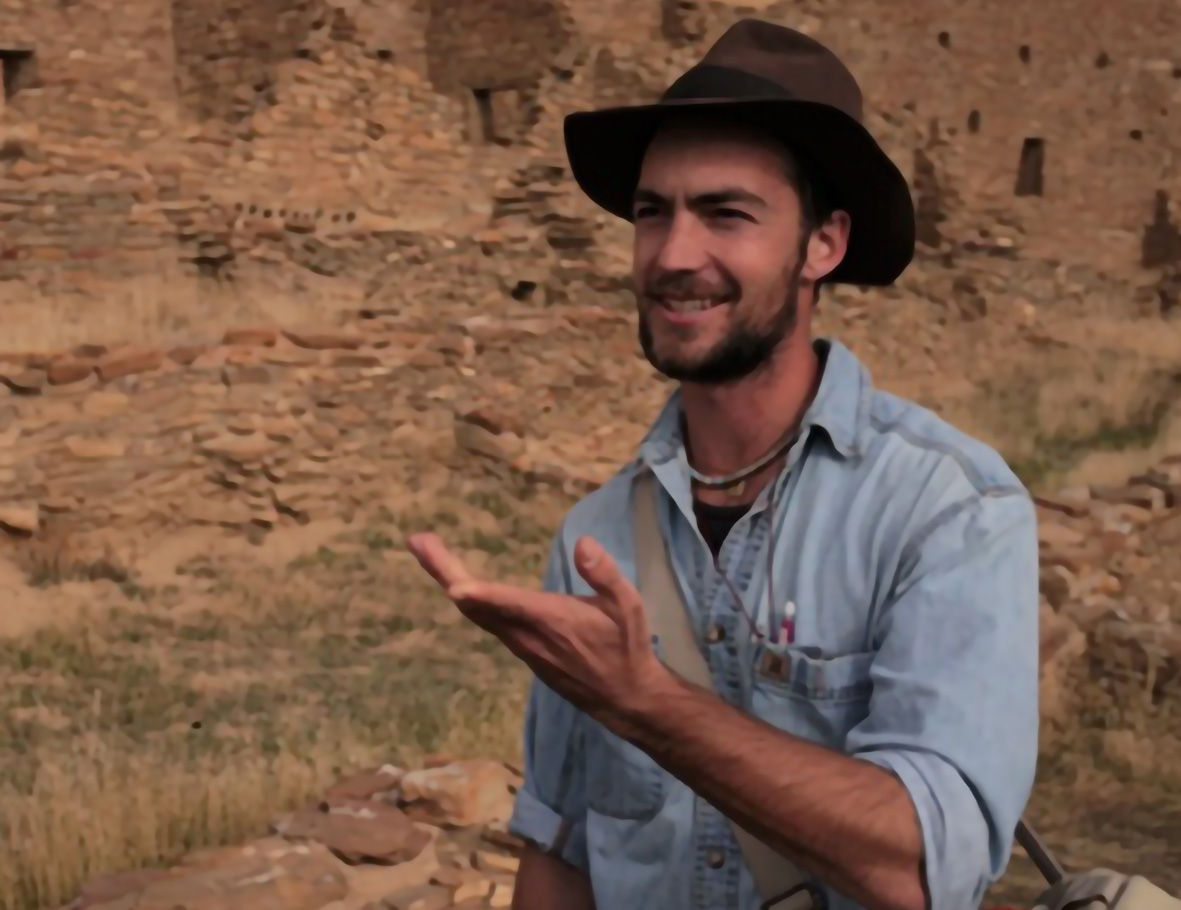 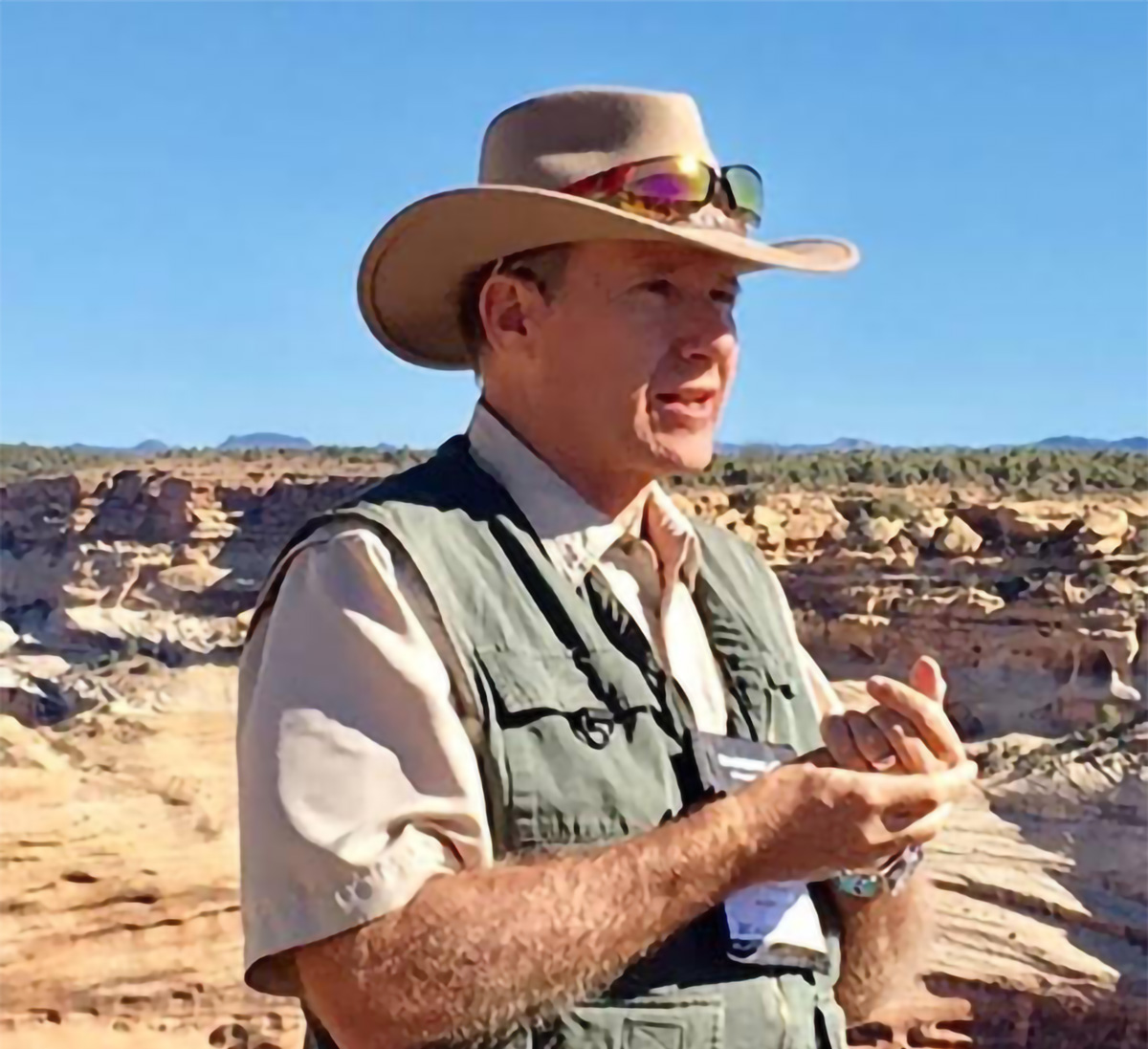